From the beginning, we intended to go into China for a few weeks, to the Yunnan Province (because of its moniker as "China Lite") and get out. We had heard that travel was incredibly difficult for non-Chinese speakers and that the Chinese were very closed off to outsiders. In the end, we spent almost 2 months traveling across China and both firmly believe it should be on everyone's travel bucket list! 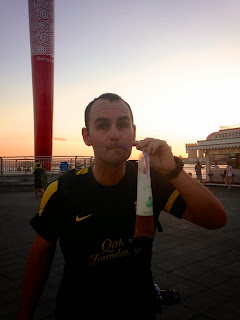 Yes, it was challenging not to know the language. But it was a good challenge. And it was easily remedied by staying calm, taking a deep breath, taking a little extra time to accomplish things, and not being too particular about what we ate. For example, if a local tells us that we should be at the train station at 11am, we get there at 10:15 to have plenty of time to find our platform, train car, and seats (reading Chinese train tickets is a bit of a trick!). And being willing to go into a restaurant, look around at what people are eating, point to someone's dish and convey with body language, motions, eyes, and lots of smiling, that you would like to order that too. Learning "hello" ("ni-hao") and "thank you" ("xie xie") doesn't hurt either! And don't be afraid...dog, chicken feet and other things which you may find unappetizing, are delicacies in China, so you won't accidentally eat them if you order on a budget! You're much more likely to have more sauteed cabbage and rice than you know what to do with.

As for being closed off to outsiders, we didn't find that to be true at all! In fact, we were celebrities! Because all the advertising in China is of tall, white, mostly blond people, many Chinese acted as though they thought Cory was a famous basketball player and I was a supermodel or Disney princess. This actually happened. A little girl wearing a shirt with a blond princess on it saw me, looked at her shirt, looked at me, back at her shirt and then, jaw dropping pointed me out to her mom in disbelief. And then there's this little princess we met who wanted a picture with me (we're pretty sure the internet is now full of pictures of us, which we either took knowingly with locals, or were covertly taken of us as we walked by):

We really enjoyed the combination of big bustling cities and easily accessed trips to nature (Tiger Leaping Gorge, Emeishan and Huashan), and by visiting different parts of the country we really got a sense of the cultural and food differences in different provinces.

Final Costs for China: Total spent: $4,879 for 47 days (average of $104 per day)
Housing: $28 per night (in double rooms with private bath in local hostels; cheaper in Yunnan Province, more expensive in Beijing and the coast)
Transit: $26 per day (mostly planes, long distance buses and trains...local buses in cities are very inexpensive. For 2Y (about $0.30 US) you can get anywhere in the huge city of Beijing!)
Food: $37 per day (lots of small local restaurants and street dumplings and noodles...and a blow out brunch at the Ritz in Shanghai!)
Other: $12 per day (mostly entry fees for mountains and museums)