Journey to the Great Wall of China (by train!) 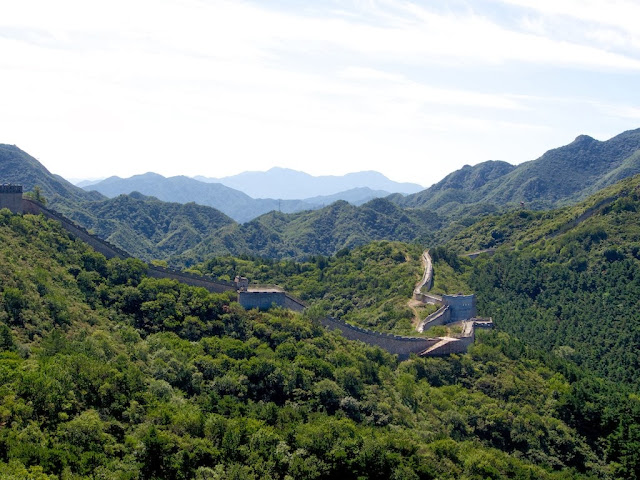 For our last day in Beijing (and Asia in general), we thought it appropriate to go see the Great Wall. You can take tours (for too much money, and not get to move freely) or take a bus to get there. But we read that at the bus stations, scammers will try and confuse you by dressing in identical uniforms to bus station staff and lie about where the bus goes to get you to go with them. And the station personnel won't help you because the scammers pay them off. So basically a nightmare.

Then we read about the train. It costs 6¥ each (about $1 US) and goes to Badaling (unfortunately the most popular place on the wall) but requires no negotiating scammers. Sounded like a winner to us! The only problem is that there are no assigned seats and they sell more tickets than seats so unless you want to stand for the hour plus ride, you've got to get fully in the mix with the Chinese facing a scarcity problem. That means pushing to the front of the train line and then all out running down the train platform (and in a sadistic turn, they make sure the train is at the other end, leaving hundreds of people panting down the 300 meters to the seats). It is a true demonstration of survival of the fittest and was the perfect experience for our last day in China.

The wall itself shows itself in bits and pieces along the one hour ride, and everyone on the train gasps and runs to the windows to see. Quite an approach! 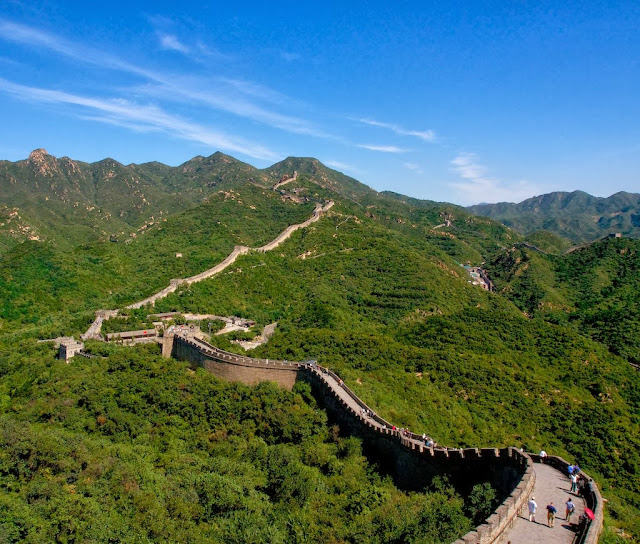 We arrived and walked up the hill to the entrance about 1 km, and after navigating the gauntlet of tourist tat, we were able to get right up on the wall. We took a left turn onto the wall (away from the crowds and the cable car that gets you to the top without walking) and started up! It's not surprising that the wall follows the ridges and curves of the hills (it was a defensive device after all!), but I wasn't prepared for how natural and lovely it would make the wall. Winding and twisting its way across the ridges, it looks like it belongs completely. 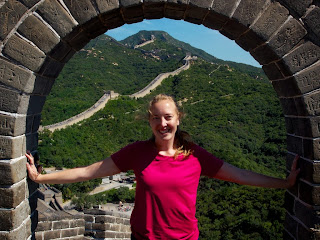 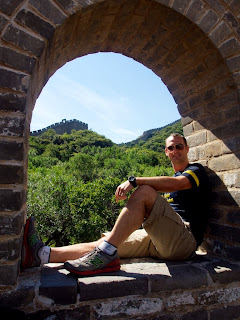 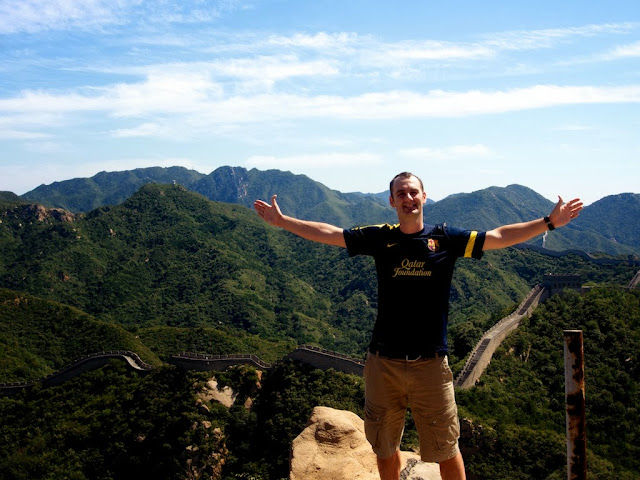 Although there were many people right at the entrance, walking just 15 minutes thinned out the crowd significantly, and another 15 minutes after that rendered us some of the only people up there. So although we had heard terrible stories about how many people there would be if we went to the section nearest Beijing, we found that we were able to see the wall, experience it fully, and not get mobbed by other tourists or souvenir sellers, all for less than we used to spend on a weeknight dinner in San Diego! 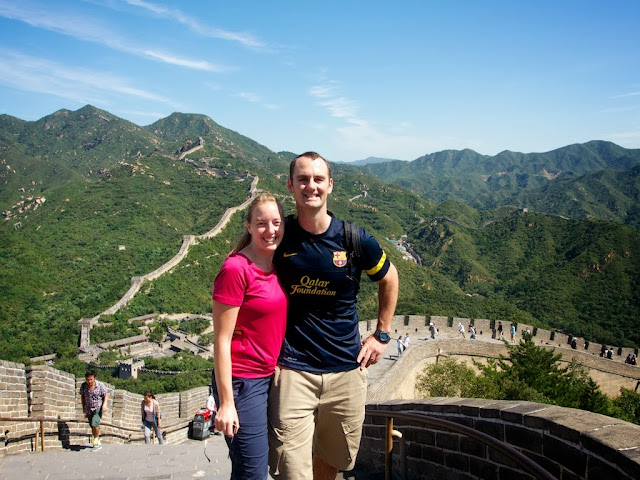 More photos from our trip to the Great Wall of China:

The Great Wall of China
Posted by Molly at 6:08 AM