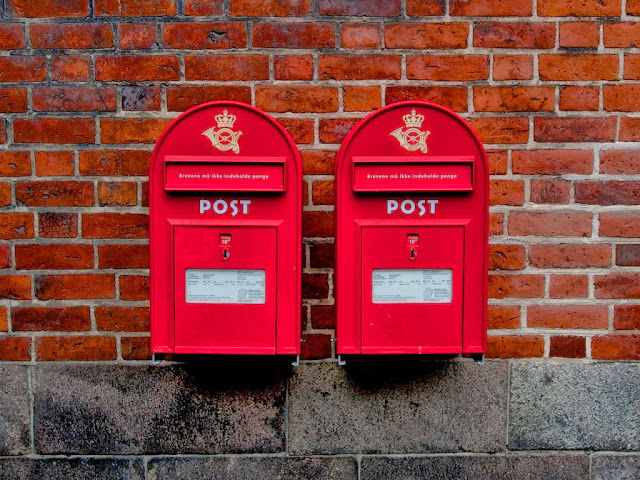 After an adventurous, usually noisy, and often-surprising 5 months in Asia, it was time to head west for quieter, more expensive pastures. Copenhagen it is! I am half Danish by blood, and Cory is half Danish by marriage (as if you didn't already know...the Danes are such a fiercely proud national people I can't imagine meeting a Dane and not knowing it!). I spent quite a bit of summer time in my childhood in Denmark, and it was time to take a few weeks to take Cory on a walk down the memory lane of my childhood. As that lane was paved with pastries, beer and blond women, he was quick to oblige :)

We spent the first 5 days in Copenhagen, until my Mama came to join us for a week of family time (but that's a story for another time). If you haven't already realized, we are on a pretty strict budget of $100 per day, for both of us. And that doesn't even cover our nightly housing in central Copenhagen. So we made the most of our money and rented a 5th floor flat in the up-and-coming Vesterbro neighborhood.

Most of our days went as follows: wake up, start tea kettle, enjoy the schoolyard full of little blond children outside while tea boils, put out breakfast of fresh bakery bread, butter, cheese, marmalade and yogurt (and tea, of course!). See San Diegan friends on facebook hanging out at the beach, bundle up for the very brisk mid-september weather, and head out for the day. Fetch our rented bicycles from the yard and join the hordes of Danes bicycling off to their respective destinations. See one of the below spots, then stop for lunch (either at a polse stand, kebab shop, or find a spot to eat our homemade sandwiches). It's just way too expensive to eat out at night, or even have more than one beer in a bar, so evenings were either early in for dinner sandwiches and cheap wine, or strolling the city (until I felt like a little half Danish icicle, that is!). And somewhere along the day was at least one stop for pastries, of course.

Eating pastries in Denmark is truly an art form. You know how in the US a pastry is called a "danish?" Yeah, there's a really good reason for that. Imagine a really really good "danish" with icing, custardy filling and fluffy, buttery crust. Now multiply the goodness by 1,000 and you have the entire category of danish pastries called Wienebrod (translates to Vienna bread): flaky, buttery, lightly sweet, and unbearably delicious! We of course took it upon ourselves to taste test various wienerbrod across the country, easily done by simply walking down the street and looking for a Kringle sign (the traditional wienerbrod shape), the sign that hangs outside every worthwhile Danish bakery. 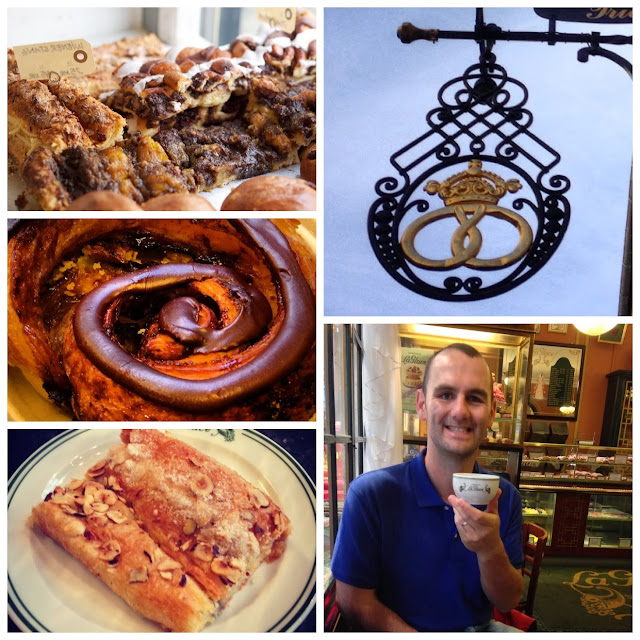 Our favorite destinations in Copenhagen:

- Carlsberg factory tour: this is a tour I used to do with my brothers when we were little, as our grandparent's apartment was across the street from the factory (nothing like sending your kids to the beer factory for free babysitting!). Good self guided tour, with 2 free beers and if you're me, a super long time in the Clydesdale stables! - Tivoli Gardens: an expensive outing (thanks for sponsoring our visit, Mama!), but quite fabulous. Reasonably priced entry to just go in an stroll the gardens, stop in cafes for tea and cake with Copenhagen's elderly crowd, and attend the free concerts. Add the more expensive ride ticket for a thrill seeking day of roller coasters, carousel rides, trips to the fun house, Europe's oldest still running coaster, competitive bumper cars (I smoked cory!), and a nap-inducing but very lovely ride through Hans Christian Andersen's stories. And if you stay in the park until nightfall, the lights are just gorgeous! 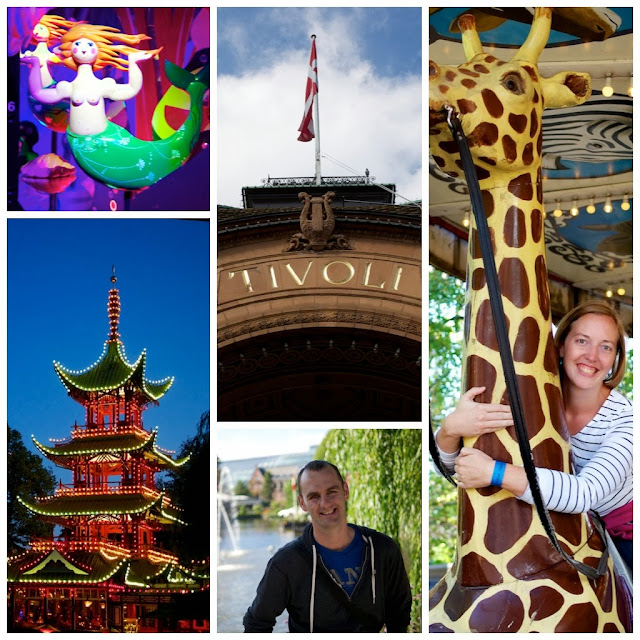 - Viking Exhibit at the National Museum: really wonderful (and FREE!) exhibit, showing the culture and history of the vikings. The exhibit was really engaging, in a way museums sometimes forget to be. Included a game (for grownups and kids alike) that was like playing Oregon Trail, Viking Edition. As a viking on your own expedition, you had to collect your items, make trades, prepare sacrifices for the gods and then either trade with or attack various European ports. Cory went the trade route and lost the game (I'm pretty sure if we were in the US, it would not have been possible to lose the educational museum game and have it tell you that you'll never be a good viking and your father will be disappointed in you. It was a little harsh, but not unheard of if you're familiar with the original ending of the Little Mermaid). Plus, Cory got to dress up as a Viking, chain mail and all! After the exhibit, we found the free lunch room, a bright, friendly space with visitors of all ages enjoying their home made lunches.

- Round Tower: built in 1642, with a wide enough ramp that the king could go up in his carriage, the Round Tower gives you great views over Copenhagen, as well as a little exercise making your way up the round ramp to the top (presuming you walk and leave your horse-drawn carriage outside).

More photos from our adventures in Copenhagen: