After a lovely (but expensive) week in Copenhagen, Mama Birgit came to meet us and and we went straight to Landskrona, Sweden, to mooch off my generous Aunt Kirsten for the next couple of weeks. About 1 hour by train from Copenhagen, Landskrona is a beautiful but sleepy town just north of Malmo, on the coast, centered around a cool old citadel and green park.

It was a great break from our traveling ways to spend a week doing normal family stuff (drinking tea, grocery shopping, doing laundry, getting hair cut by Mama, cooking dinners and telling stories). We got to experience firsthand the awesomeness that is Swedish grocery shopping, too! The Swedes are so trustworthy that they pick up a scanner gun at the beginning of the store, scan all the items as they pack them in their bags, then just plug in the scanner gun at the end and pay the total.

In addition to the normal family stuff, we had some great day trips, all of which are easy from Malmo or Copenhagen, on public transit.

- Kronborg Slot (Castle): this is the fictional home of Hamlet, and boy does it feel like it! We took the ferry across the Oresund Sound from Helsingborg (Sweden) to Helsingor (Denmark) and walked to the castle (after stopping for weinerbrod on the way of course!). 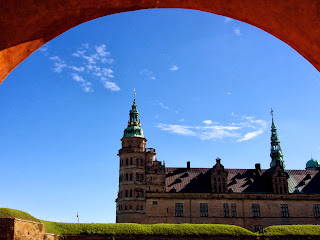 Kronborg was built in 1574 and feels very "castle-y" on a hook of land jutting out into the sound, with an extensive underground, including one very special surprise. Under the castle is a statue of Holger Danske, the spirit of Denmark, who is poised to come alive and save the country in its time of need. 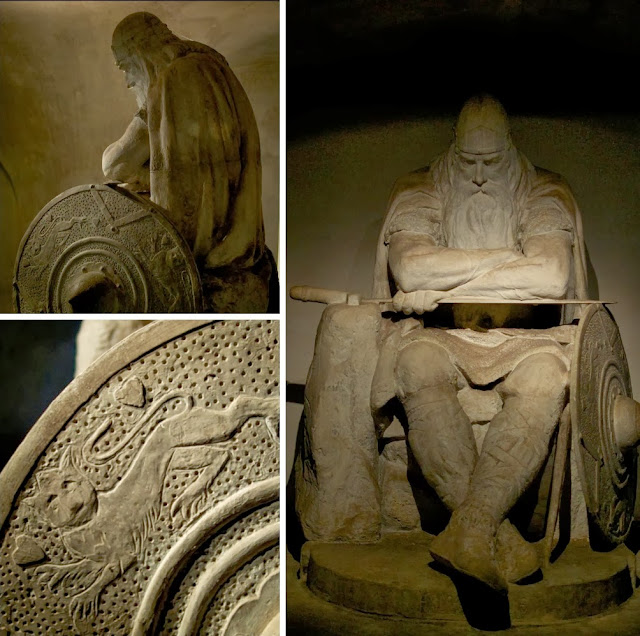 After a delightful morning at the castle, it was time for lunch! We meandered down into town to a great kebab shop, where the owner was truly pissed (seriously, he almost kicked me out!) for not wanting onions on my kebab. I finally relented and he won. And even though I lost the great onion fight of 2013, lunch was great! After lunch, Mama took us for ice cream cones at the shop her mom used to take her...and it was DELICIOUS! Nothing like having to take your winter gloves off to chow down on ice cream :)

- Frilandsmuseet: Also known as the Open Air Museum, this is a great spot of land in the suburbs north of Copenhagen, where they have brought together historic farmhouses from all over Denmark and opened them for one's viewing pleasure. A train ride, followed by a nice walk, gets you to this huge outdoor museum, filled with homes, and some animals (horses, sheep, ducks, etc) to really make you feel like you've stepped out into the country and back into time.

We got some additional learning done on the walk between farmhouses, while my Mama taught us some essential Danish words. It had recently rained, so we learned the word "vandpyt" (puddle) as well as the phrase "pas paa" (watch out!), but had a tougher time with "udgang" (exit) and ended up looking like a couple of crazy people as we walked around this big park saying "exit...exit...exit..." Never did quite get the hang of that one, but we won't be stepping in any puddles anytime soon! 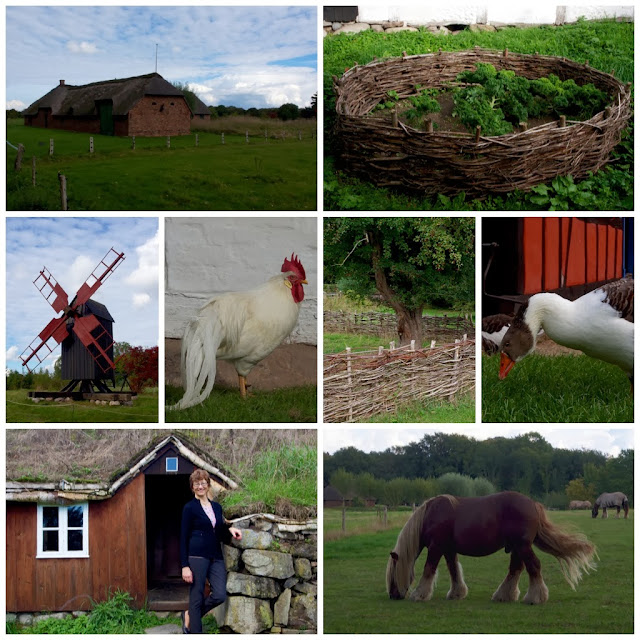 - Viking Ship Museum in Roskilde: this was an expensive museum, but a great complement to the Viking exhibit in Copenhagen, because they show you how the Vikings built their ships. Again, there's a ton of interactive sections (such as getting to build your own boat out of paper, and try on Viking clothes on a replica boat).

For more photos of our Danish Day Trips:

Email ThisBlogThis!Share to TwitterShare to FacebookShare to Pinterest
Labels: Denmark