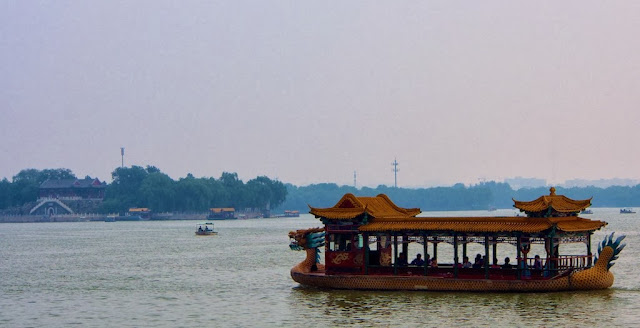 As we only had 4 days in Beijing, we really had to make them count. We weren't necessarily that excited about Beijing as we thought it would be a big polluted city devoid of much charm, but we found some great things and enjoyed it very much!

We hit the ground running on our first day, starting with a visit with Chairman Mao at Tiananmen Square (embalmed for our viewing pleasure, like Uncle Ho and Lenin). The viewing was far less serious and orderly than our experience in Vietnam, with our fellow viewers pushing as crowds of Chinese in Beijing do, and the unarmed guards smoking and joking around with each other.

After lunch at a great food court that highlighted the best of Chinese cuisine across the provinces (Oriental Plaza Food Republic on Wanfujing), we went to see the Forbidden City, the former center of the Chinese empire. We had heard mixed reviews, which we found to be accurate. The buildings, though impressively massive, do not have much variation, and are not well maintained. You haven't seen the Chinese at their pushiest until you give them a 3 foot wide window to look in a run down room with a dusty old throne. We won't suggest you go all the way to Beijing and not go to the Forbidden City, but there are certainly better ways to spend your money! That being said, the exhibits on the history of Chinese ceramics and fans was really wonderful!
After that full morning, we saw an ad in the subway for Oktoberfest Beijing and thought, "that seems incredible!" And it was. We arrived at the largest beer hall tents in the world (China goes as big as possible as a general rule) and were charmed by the names.  We ordered our liters of beer and joined the locals singing and dancing along with the band. Turns out Tina Turner covers are a bit of a flop, but Michael Jackson goes over really well. And when the Chinese band came out to sing some local power ballads, I swear you could see panties being thrown on the stage. I don't have any other Oktoberfest to compare to, but the Chinese do it really well! 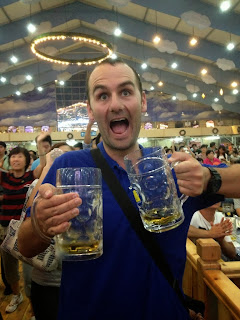 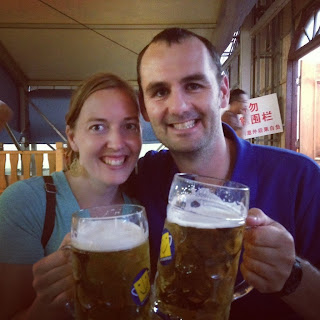 For our second day we had one goal. Cory wanted Peking Duck and we were going to get the best we could find. After researching a bit and asking everyone we met, we settled on Duck de Chine, a beautiful restaurant set in a sculpture garden. We ordered our duck and an order of BBQ pork buns (for good measure) and prepared to feast. We sipped our pot of tea and then the duck came rolling out on a cart, ready to be carved. We named him Charlie immediately and he looked amazing: crispy brown skin over succulent meat. We were set to go with homemade hoisin sauce mixed to order with sesame and peanut sauces, a plate of radish, green onion and cucumber, and pancakes. After a moment of deer in headlights we asked them to show us the proper method and we were off and running (er, eating). I'm going to go ahead and say right now that it was the best duck I've ever had and maybe ever will have. 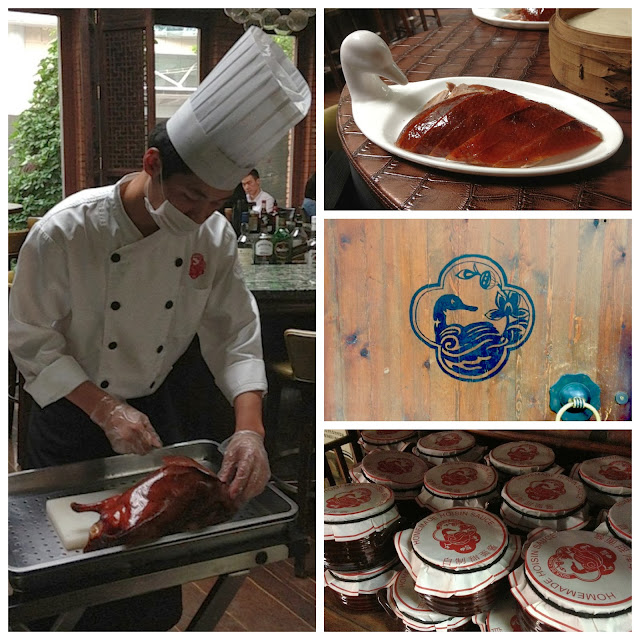 After stuffing ourselves completely (for the shockingly low price of $50 US), we hopped on the metro bound for the 798 Art District, a series of galleries, shops and restaurants in northwest Beijing. We had met a Canadian artist, Andrew George, and his fiance, Ashley, on our Terracotta Warriors tour in Xi'an and he invited us to his art opening, a show of Inuit art (you can see his art here: www.dreamcatchercreations.ca). The art was wonderful and afterwards we had a delightful evening with them and their friends over a Yunnanese dinner, which was a lovely way to wrap up our China trip, eating the cuisine we started with. 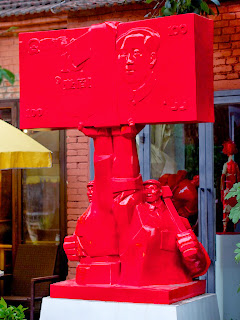 We got up the next morning planning to go to the Great Wall, but we didn't get out of the house early enough and missed the early trains. So in true fashion of this trip we changed plans at the last minute and got back on the metro to the Summer Palace. We had heard wonderful things about it and were not disappointed...it was stunning! Though its a rather new complex (about 200 years old) of palace and temple buildings situated around a private lake, it makes for a lovely afternoon of meandering and exploring hidden corners. They sell a ticket for just the gardens (30¥) and you can pay as you go for the other areas but we thought it was totally worth it to buy the through ticket up front (60¥) and not feel like you're handing out money hand over fist. We spent about 3 hours but could have spent much longer if we weren't so spent ourselves! 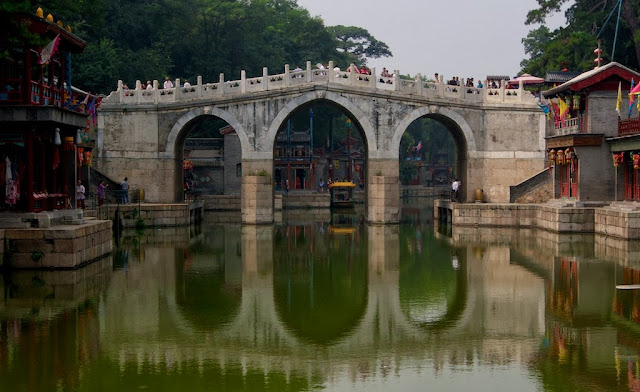 On our last day in China (and Asia) we finally made it to the Great Wall, an adventure we'll save for another post...


More photos from our trip to Beijing: