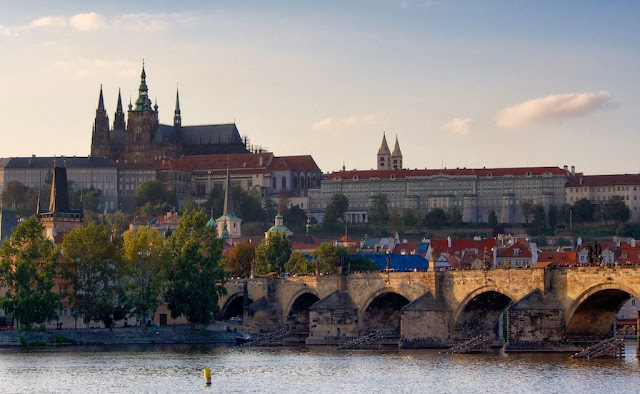 We took night night train from Copenhagen to Prague and it was LOVELY!! Splurging for a private cabin in Europe is a very nice change from our other Asian train trips (and we got a butler who was the spitting image of James Lipton, of Inside the Actors Studio fame). Plus, the European trains are really cool because different train cars go to different places, so you wake up in the middle of the night to the crashing noise of cars being uncoupled and new ones being added on.

We arrived in Prague just a couple of hours before our friends, Beth and Tom, who flew all the way from San Francisco to enjoy a bit of our world trip with us (thanks guys!). We had planned on meeting up in Munich for Oktoberfest, but when we found out how craze balls expensive that would be, we set out sights on Prague for "Praguetoberfest!" Our week was spent catching up, meandering the cobblestone streets, exploring the local beers and sightseeing. 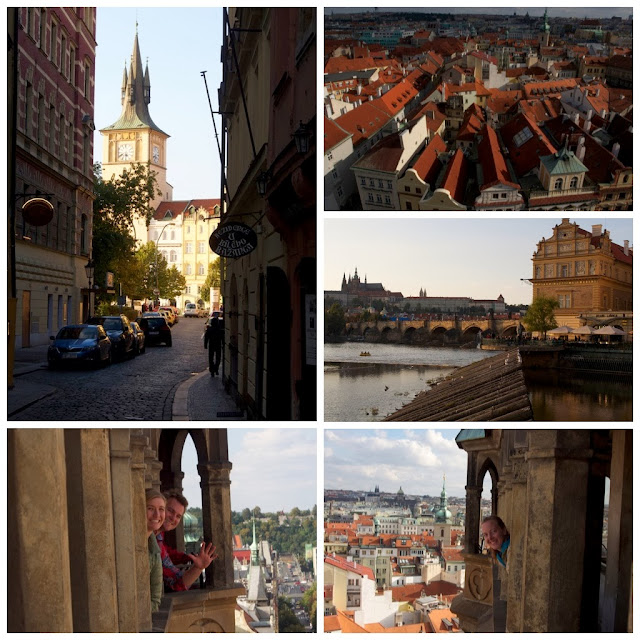 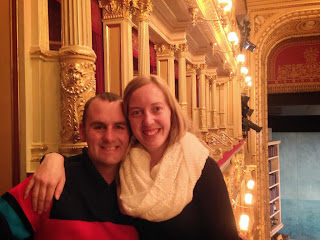 Here were our favorites:

- Opera at the National Theater: To help celebrate my birthday, Beth and Tom treated us to a fabulous evening at the opera, in fancy box seats with champagne and everything! The opera, Jacobim, was great (despite some pretty weird set decorations of giant chairs), and the opera house is absolutely stunning. 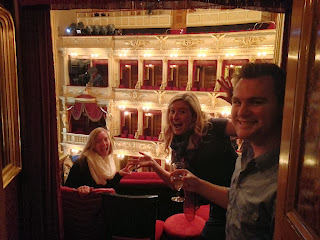 - Muccha Museum and the Slav Epic: The Muccha Museum was nice, but unless you're really crazy about Alfons Muccha, it's probably not worth the money (although there are some nice chairs in the video room at the end of the exhibit where one can get a really nice nap in!) but the Slav Epic is FANTASTIC!! As in, don't miss it!! It is Muccha's series of HUGE paintings depicting a wide swath of Slavic history. And the little booklet they sell in the exhibit is essential to get any of the symbolism and stories out of the works. We were there for an hour at the Epic and then another couple of hours walking through the rest of the museum (part of which is super weird Contemporary art, part is great Modern and Impressionist art, with some works by Klimt, Picasso, Degas, Muccha, Monet, and others). Seriously a must see!

- Prague Castle: A lovely hill top area, including palace grounds and St. Vitus Cathedral. The Rick Steves book on Prague (or Eastern Europe) has a great walking tour to get all the details. My favorite part was the very cool Muccha window in the cathedral.

- Charles Bridge: At first, I didn't really get what all the fuss was about. Sure, it's got some statues, and it was included in the walk royals made on coronation day from the castle to the main square. But it's also covered in tourists and souvenir stands all the time. Not exactly charming. And then Cory took me there on the afternoon of my birthday, and we got cups of mulled wine and enjoyed the sunset from the bridge while listening to a local jazzy quartet. So, I've totally changed my mind!

- Beer and other liquid delights: The Czechs make some great beer, served up in plenty of beer halls around the city, for incredibly low prices! They also serve up traditional Absinthe in perfectly snooty bars (we had a great table at Hemingway Bar, right next to a "champagne button"). We enjoyed the week doing as much tasting as possible :)

- Walking/Running: there are tons of spots to walk or run in Prague! We enjoyed two runs: one up the hill east of the main tourist area (with a very cool statue on top) and one along the Vltava River, which has a pretty (and safe) jogging/cycling path.

Final Costs for Prague: $854 for 8 days (average per day: $107)
Accommodations: $55 per night (as part of a 2 bedroom apartment)
Transit: $3.34 per day
Food: $42 per day (we could have spent less money here with some effort but had lots of enjoyable meals with our friends!)
Other: $18 per day
More photos from our trip to Prague: